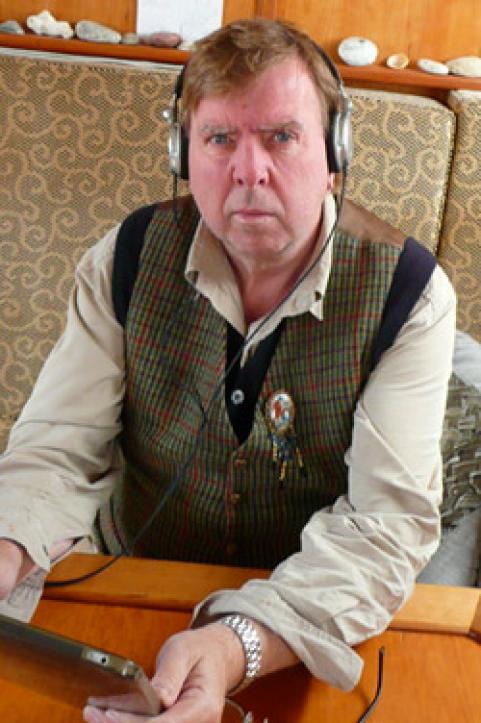 Ladies and Gentlemen! Two Paddocks proudly presents, here in the Dayglo Disco, on the turntables and occasionally the vibraphone, not just perhaps England's Finest Actor, but also its most persistent! Star of the Potter flicks, Pierrepoint, The King's Speech, The Damned United, most of Tim Burton's films and many of Mike Leigh's and ... and ... oh stuff it ... pretty much half of all movies made since 1980, in fact! As if that wasn't bad enough, he and Mrs Spall are heroically circling Britain in a barge: "At Sea" - 40 lashes if you haven't been watching it on the Beeb ... So here he is, Captain Pugwash himself, the splendid and completely unique Two Paddocks pal ... TIMOTHY SPALL

Tim's choices, from Radio Matilda, with comments from him included.

Not just a great song list, but fab notes, and as is the intent of the Disco, we now know more about the protaganist than we did before.

The Proprietor has (what good fortune) seen Capt. Spall dance to more than one of these numbers, and let it be said, the man is light on his feet. If he asks you for a dance, our advice is -- seize the day. In the TP Disco!