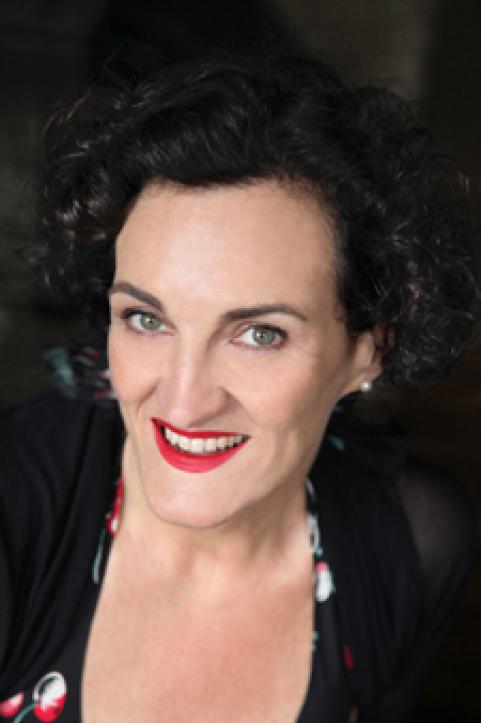 Ladies and Gentlemen! As our friend and colleague, Mr Bryan Brown might bellow in one of his more civilized moments.... A BIT OF BLOODY HUSH!!.

There -- that's better. Now tonight in the Dayglo we are delighted to welcome to the revolving stage (come to think of it, I don't remember it revolving yesterday - either Mary-Jane the caterer has been tampering with the desserts again, or Piotr the Polish carpenter has been more than usually creative overnight) -- no, welcome to the stage please an old Two Paddocks pal, writer and journalist Sarah-Kate, she of the arresting color-co-ordo ensembles (where would Mad Men be without cues from SKL?) and the lovely books; a ridiculously funny person, and living proof of how the Irish Diaspora has vastly enriched the world. And left Ireland the poorer for it. But that's another story...

In her own inimitable words...

Sarah-Kate Lynch is quite a cranky journalist of several decades who prefers making things up to recording them accurately. This is not very good if you are a journalist, which may explain (a) the crankiness and (b) why she now writes novels.

She also writes two columns in New Zealand Woman's Day, New Zealand's biggest selling magazine. One is about nothing and the other is about travel.

Sarah-Kate lives in a cliff top house on the wild west coast of New Zealand's North Island and is currently very glad she has not bothered to amass a fortune thereby saving herself the angst of having it halved.

She is also glad she lives on a cliff top because what with global warming and all, she could be underwater as well as poor.

As it is she lives very happily with a lovely dog called Ginger and a husband called Ted. Oh, hang on, no, that's not right. The dog is called Ted and the husband is Ginger.

You really should read her books - we have along with millions of others - Blessed Are The Cheesemakers, House of Daughters, By Bread Alone, Dolci di Love, Finding Tom Connor, etc.... A rainy arvo and one of these will see you right!

But not tonight it's time to get down ... and rock out with the funky, adorable, hilarious, remarkable ... the gorgeous ... SARAH-KATE LYNCH!!

A big Dayglo hand, if you please for one of the best Top 10s of all time!

And a rousing cheer for a great broad, a fine woman, a delightful person, and a charming friend - the one and only ... SARAH-KATE LYNCH!!