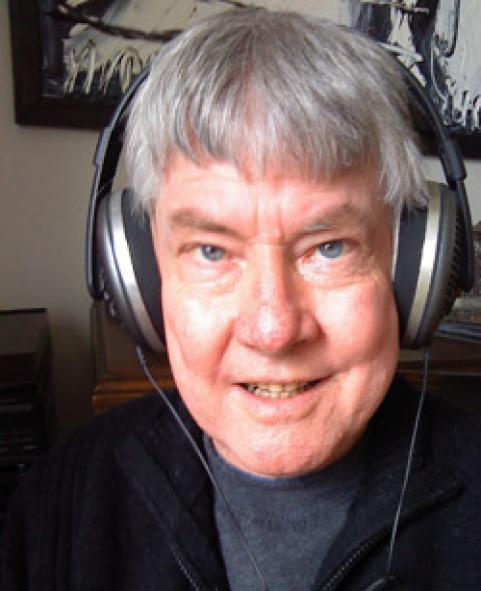 Ladies and Gentlemen, are there any of you here, or is it just the usual line-up of hooligans and louts here in the Dayglo? Yes, I believe I see one at the back, a small but impressive gentleman from Dunedin, making his way to the stage, a familiar figure ... wait while I put on my glasses ... yes, I'm right, it's the man who gives a good name to Dunedin ... columnist for the Otago Daily Times, satirist, commentator, and documentarian of his own hapless delightful life.

A very old and treasured friend of Two Paddocks, Roi, while not the world's wildest dancer, knows more about, and cares more about music than anyone else we know he has been a master of music criticism since the last King died pretty much. He also ran the best second hand record store in NZ for many years, just up from the Octagon.

Technically blind as a bat, he still plays golf twice a week at Balmacewen terrifying FORE! Here he is with his all-vinyl selection, magooing his way to the tables he makes us laugh, and he's here to ROCK ... give it up people for our dear old friend ... ROI COLBERT!

Choice choice from the Master. Give the man a huge vote of thanks also for what he's done for NZ music over the years.

Roi is married to one of The Great Women -- Christine ... and look at her cutting the rug!

Play them again, oh southern seer of impeccable taste, and many more years of all of it my friend!