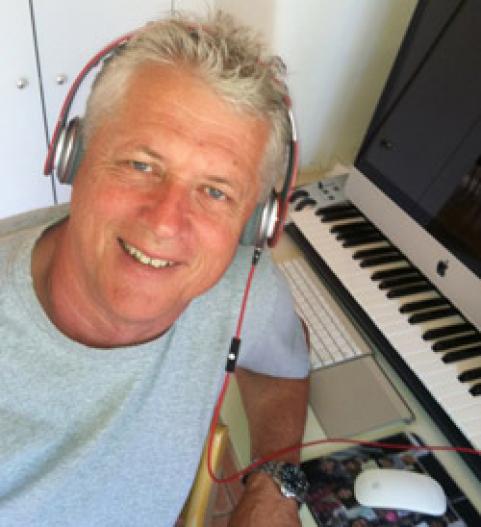 Ladies and Gentlemen! Tonight, exclusively at the Dayglo, an Old Friend and Old Bodgie (and we say exclusively with confidence since no other club will allow him back, not after the last time), a man we've known since 1977, since the fateful day when the Prop received a letter out of the blue from Hong Kong (yes, a letter, remember them?) from two strangers, Roger D and Ian Mune, offering him a part, the lead in a FEATURE FILM! Blow me down with a feather! Now this was freaky; no one had made a proper movie in New Zealand for 15 years (the late great John O'Shea)...this was so far off the radar as to look like a hoax, or something similar. But it turned out to be a real thing, and a few weeks later the Prop was trying to work out how to act in ... well ... a motion picture. (Still working on that.) And make it we did. Sleeping Dogs -- perhaps not the greatest film in the history of cinema, but a milestone for all that -- one that kick started a film culture if not an industry, as such, in New Zealand. And, of much lesser significance, meant a modest start for the modest screen career of the Prop, such as it is (enduring thanks Rog). And, in a round about way, lead to the existence of our distinguished wine label -- Two Paddocks.

Roger and the Prop have stayed firm friends over the years, and indeed planted their first vineyards side by side in 1993. Their initial idea was to form a small company together (hence Two Paddocks) - this evolved into two companies -- Two Paddocks (the Prop's), and Roger's Sleeping Dogs. And if you have never tried our neighbours' Sleeping Dogs Pinot, we urge you to do so as soon as possible.

Of course, there is a great deal more to Roger's career than that; he was only just beginning, and a raft of Hollywood films followed. Our favourites here at Movie Nights at the Dayglo (every second Monday, dress according to movie theme of course, unless it's zombie night) are No Way Out, The World's Fastest Indian, The Bank Job, Cocktail (for Bryan Brown), The Bounty (for the stories) and Smash Palace. He has become one of the very best, and one of the most successful of today's Hollywood directors.

And look, there he is now, coming up on stage with, of course, one of the World's Great Women, Marliese D, and NO to all of you fools who thought that was Bill Clinton coming in the room -- GET REAL! Here he is, annoyingly eternally youthful, irritatingly talented, charming and urbane, a good cook, a good mate, an unflagging father (we lost count a while back), an Aussy come Kiwi come Los Angeleno, a legend and a lout. A big Dayglo roar (go on make as much noise as you want -- we flout the by-laws here) for our friend, our colleague, our mentor and our ally -- the great ... MR ROGER DONALDSON!!

First, get yourself a SONOS system or subscribe to Pandora and Rhapsody. I'm sure there are others, but you can literally enter any artist and find their music. It's changed the way I listen to music at home.

Here it is, in no particular order:

And for a bonus collection.

If you have young kids and you enjoy a family singalong in the car to keep everyone from going crazy then this collection of very professionally produced songs is for you.

Thanks Rog. High five. Aww you missed, you prawn.

As a side note, one thing that's always fascinated me is the depth of the cast in The Bounty ... check out all the leading men -- rowing longboats and drinking kava - Anthony Hopkins, Mel Gibson, Liam Neeson, Dan Day Lewis, Laurence Olivier, Edward Fox, Bernard Hill, Wi Kuki Ka, Phil Davis, John Sessions, Neil Morrissey, et al. Now shove them on a tropical island together, and see what happens. Fascinating. Get Roger to tell the tales, if you can.

And a footnote: Here is a shot of the Prop being directed by Roger. Looks like he wants to finish it all then and there... Happy days. 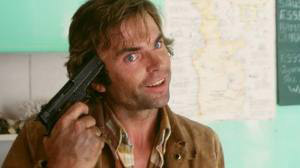 Thanks again Rog, and a big Dayglo hand for... Mr ROGER DONALDSON!