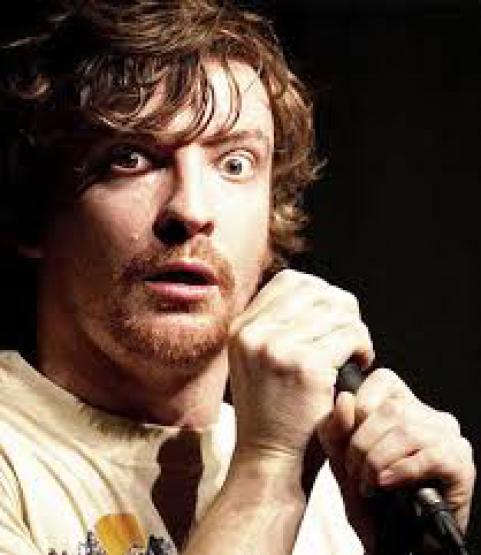 Ladies and Gentlemen! Welcome back to the Dayglo. Tonight is cocktail night, as always, on this night of the week. But sadly, we don't have any. Dan, the barman, has resigned. On Doctor's advice. Tonight's guest is way too funny for Dan's dodgy ticker, and we weren't willing to take the risk. So it's top shelf Two Paddocks or nothing. And no, we are not yet in Colorado or Oregon, so weed is out too, even if you're Dan who knows a friendly Doctor.

But we are indeed fortunate tonight - to welcome as guest DJ a Living New Zillund National Treasure (well he would be if we valued the Arts at all in NZ), and one of the world's funniest people. You grew to love him as Murray, the Flight of the Concords' ghastly Manager Murray on the telly, you've seen him kill on stage at standup, you know him from Short Poppies (his own show), Yes Man with Jim Carrey, The Boat that Rocked, What We Do in the Shadows, you may have put your life on the line serving with him in the NZ Army back in the day, and ... ah dammit you don't need me to tell you what all else. You do? Too late -- Rhys is movin' and agroovin' already. And look -- added bonus, his Hair matches the settees in our Dayglo Booths! (these booths by the way cost thousands of extra bucks unless you are VIPs. But then, you are ALL VIPs in the Dayglo.)

Ladies and Gents, Dayglo Demons and Denizens, an enormous Dayglo welcome please (switch on the Glo-Sticks now) for our friend the irrepressible, the hilarious, the magnificent, the ginger, the ex army, the lovely, the Boy from the Naki...put yo' hands in the Air for MR RHYS Darby!

My yearning and love for certain tracks comes and goes like the four seasons. Take the four seasons for example. I like them but not every day, maybe once a year. Yes I could probably listen to the four seasons in one day. Actually, Crowded House isn't on my list. Oh well, I should point out that I love Crowded House. I mean it would be unpatriotic not to. What follows is a list of music that over the years has either inspired me to rock my own audiences from the stage or simply to just love life and laugh along the way...

Thank you Rhys. And ...er ... when will we work together again? Three times already - woohoo! Always a pleasure mon ami.

LADIES AND GENTLEMEN...Mr RHYS DARBY! (Massive cheers all round)