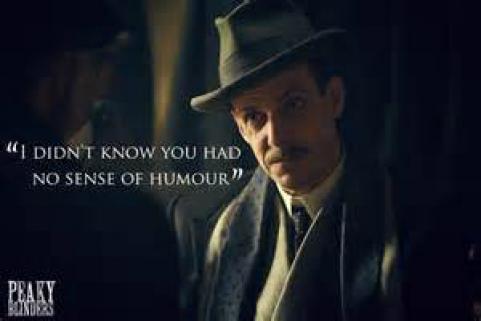 Ladies and Gentlemen, and other Lounge Lowlife! Denizens of the Dayglo! Lushes De Luxe, Layabouts and the Lachrymose! In the House tonight...our friend and colleague, the wonderful and definitively accomplished actor, musician and cultural icon...Mr NOAH TAYLOR!

Most recently, you know him from Game of Thrones (Locke), and of course in our own Peaky Blinders as the astonishing London Italian gangster Sabini -- and how feckin' good is he in that, we ask? But those of you with any kind of memory at all will have his debut seared in the frontal lobe area of the noggin (if you still have one) in the great The Year My Voice Broke. And we all thought, here at TPHQ, he really should have had a co-share of the Oscar, with GR, for playing the young Helfgott in Shine. But life's like that, ain't it folks? We also liked him in He Died with a Falafel in his Hand and The Life Aquatic. And a heap of others, but that's another story. Here he is -- a very good guy, who can play bad guys supremely well. Good citizen of both England and Australia. And oh, did we mention he's a very accomplished painter? No? Well now we have…

Ladies and Gents (downstairs at the back), we have the greatest pleasure in introducing, flown direct, coach, on TP Virtual Airways, a big Dayglo hand if you please for the top notch, top drawer, top hole ...MR NOAH TAYLOR!!!

Thanks Noah, great song list, and good to see you in the Dayglo -- we don't see nearly enough of you. Come back soon, give yourself a break from coastal Sussex, and lively up the Dayglo anytime, my man!