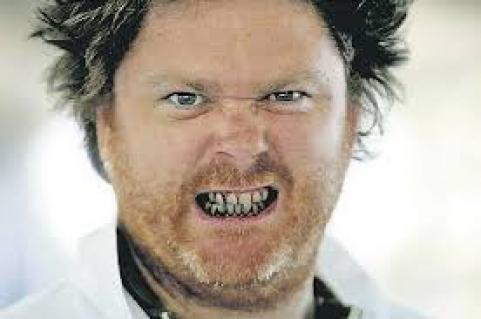 Ladies and Gentlemen! First of all -- our apologies for the increased virtual entry fee tonight to the fabled Dayglo. Needs must. Just for the sheer QUALITY of tonight's guest DJ, we have had to raise our fee from a virtual bargain to a virtual fortune. Even now, with the economy the way it is. Booming! What, I hear you say? It's in the dunny? Surely not -- the Treasurer/Minister of Finance/Chancellor of the Exchequer tells us we are in good hands? Oh, that was the last lot? I am SO confused. And indeed where are we exactly? Oh come on, let's put all that behind us -- it's PARTY time at the Dayglo. And here tonight -- what a rare privilege, a DJ in demand from Tenerife to Dubbo, as well being of course The Thinking Drinker's Writer, The Drinking Writer's Thinker, The Writing Thinker's Drinker, The Drinking Man's Hero, The Drinking Woman's Pinup, The Thinking Woman's Mistake, The Drinking Australian's Warney, The Thinking Universe's Black Hole...a man with impeccable convict origins (tonight please note was not a Royal Command performance -- we all remember how that went last time -- Christ Nick, that was just unnecessary), impeccable creds and impeccable trousers before 11 a.m.) Oh look here he is, dapper, oozing Aussy charm from every pore, immaculately turned out, on his feet even... Come on up Nick, and please take the mike, tell us a bit about yourself, and PLEASE don't go The Bennie and use the third person -- keep it light, if you will...Ladies And Gentlemen! In his own words! MR NICK RYAN!

Thrown out of university in Adelaide and moving to Sydney, Nick Ryan used the knowledge he'd gained raiding his old man's cellar to land a job with one of Sydney's leading wine merchants. Realising that writing about it was easier than lifting it has led him to where he is now. He's a regular contributor to Men's Style Australia, Gourmet Traveller Wine, Jamie Magazine and many more. He is passionate about wines that are just as interesting by the fourth glass as they are at the first and would give it all up to play one game for the Port Adelaide Football Club.

Oh dear, it was going so well, third person aside, up to the Port Adelaide bit...Security! Eject that man! The one throwing old mangoes at our guest! Yeah, the one in his...what, pyjamas? Mike Bennie, that's the one. And don't come back, ya bastard!

Sorry folks, but when there are Australians in the house, you have to call it like you see it. Anyway, here he is -- the Drinking Drinker's Drinker himself, your pal and most certainly ours too, the drollest of the droll, an ORNAMENT to both his profession and his girt-by-sea country...the wonderful MR NICK RYAN!

Be careful what you wish for and be wary of offers coming from evil-eyed Kiwis wreathed in leaves and flowers. All those years waiting to be asked to contribute and then when the time finally comes you quickly realise this is all just Sam's devilish plan to f*ck with your mind.

Nick. Wait. A moment. That Daniel Johnstone has me blubbing every time. A hanky please, someone. PFFFHHHSSSHHH. Ah, better. Nick you rock, my man. Come back to the Dayglo any time my friend. Oh, hang on. That's you hangin' here every Friday night anyway...Ladies and Gents! Another big Dayglo hand for MR NICK RYAN!