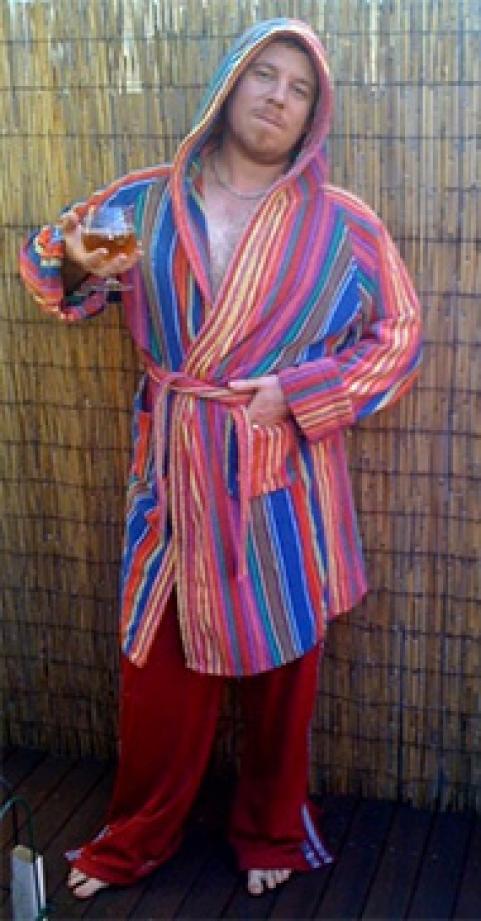 LADIES AND GENTLEMEN! A BIG Two Paddocks Dayglo hand please! A big Dayglo welcome - for one of the certified Good Guys in the Wine Biz. Funnier than a fight at your fiancée's Hen's Night, more erudite than your average major German philosopher circa 1913, more accomplished a writer by far than the great Ernie Malley himself, more entertaining than your average Ingmar Bergman movie, more moody and magnificent that Marlon Brando at his moodiest magnificentest bestest ... Oh, the superlatives are running away with us ... look, lets allow Bennie to speak about Bennie in his own Bennieish Bennie words -- come up, Mike! Here he is...yes, that'll do down the back, we recognize the Aussie vowels, and SHUT UP ... Chrissakes, he's one of yours! Mike -- take the mike -- in your own words please -- tell us about Mike, Mike...

Mike Bennie is a freelance wine and drinks writer and journalist, wine judge and presenter based in Sydney, Australia. Mike is a feature writer for the benchmark wine publication Australian Gourmet Traveler Wine Magazine. He is also the Editor-At-Large and contributor to the highly-respected online wine commentary website WineFront.com.au. His work has also appeared as wine/drinks editor in delicious magazine and he contributes to Time Out Magazine Sydney and Melbourne, Sydney Morning Herald's Good Living section, Men's Style magazine, Meininger's Wine Business International magazine, amongst other publications. Mike is also an active wine judge and a graduate of the prestigious Len Evans Tutorial. He is a prolific online media personality, a regular presenter at corporate and industry events, and between travels to exotic vineyards around the world, enjoys long walks on the beach with a bottle of wine in his hand.

Erm. Um. Well that went well. Where did everyone go? Hey come back in. NOW! Here's Mike Bennie. Brilliant DJ; you will gasp at the brilliance of his playlist. You will wince at the dance moves, flinch at the light show (Warning, Mike is never seen in public without strobe lighting). Here he is. Arguably the hippest of all the hip DJs we've had here in The House, the one and only, utterly unique, a credit to both the International World of Wine and the Australian Education system our friend and yours (well, not yours Nick Ryan) the completely marvelous, if slightly underdressed, MR MIKE BENNIE!

Thanks Mike. You, my man, are the Best. What a cool cool set. Now go and slip into something more comfortable. Please. Back soon, Bennie!