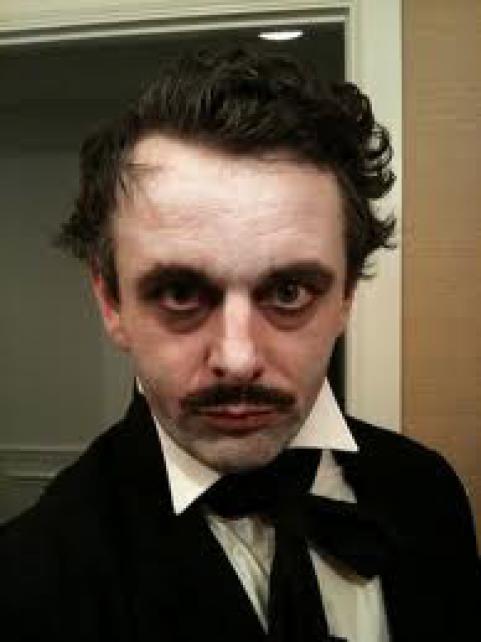 Our apologies for the club being a little quiet this last little while. A few little hitches of recent times. For one thing, our resident DJ (DJDazza) slipped off to Ibiza for a week's sabbatical, and got stuck there -- no return ticket, the idiot. Then he got stuck in rehab for a few months -- the cretin. Then he got stuck in US Immigration for even longer -- the criminal. Truth to tell, we didn't really want him back; I mean what use is a deaf DJ with a weakness for The Seekers, for goodness sake? And the man is old enough to have dated Judith Durham, back in the day! But he's back alright, with even fewer teeth, and a new moniker. Seems there is another DJDazza, who works the clubs and weddings in Essex, and Daz had no desire to mix it up wiv the hard men of Essex. So from now on it's DJ2P...

But enough of us. Tonight we are incredibly pleased to welcome to the stage one of the world's finest actors, and a funny Welsh bloke to boot. We don't know what to say about him that hasn't been said already -- he surpasses all superlatives. The man has such grace and facility as an actor, and range too. More than anyone we can think of he disappears into a role, he subsumes the role, so much so that the actual people he plays become pale facsimiles of Sheen, in an odd way. Tony Blair more than anyone can only be seen now through the lens of Michael Sheen's performances (and rather more cruelly as the hilarious maniacal charlatan in y-fronts in Steve Bell's brilliant cartoons). Likewise David Frost. And Brian Clough -- how good was The Damned United? Anyway, the man has a huge movie career, he's very very good, his stage work is the stuff of legend (wish we'd seen his The Passion, a 72 hour piece that involved almost all of his home town of Port Talbot in South Wales), he has a very nice girlfriend, and we think he's the bee's knees. Look out for him next year in Masters of Sex, a drama series about Masters and Johnson, and Mariah Mundi, also featuring other Dayglo DJs Lena Heady, Aneurin Barnard and the Prop. And check out his song list -- he knows and loves his music!

Be upstanding, if you will for the utterly incredible, the outrageously talented, the simply superb...Mr MICHAEL SHEEN!!!

Michael...from all of us at HQ, thank you so much. THIS is what it's all about! And apologies for using the above somewhat unflattering shot of your good self, but...it just made us laugh!