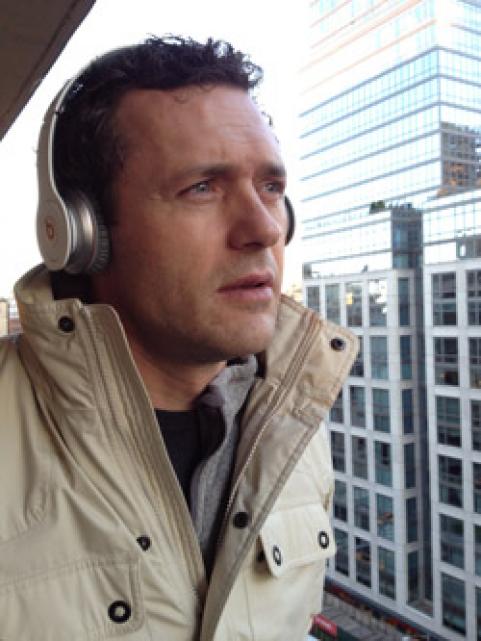 Ladies and Gentlemen ... and Australians! Just kidding ... we love Australia here at the Dayglo! Here's a SURPRISE tonight, someone we hardly know really, but we think is terrific, and we suspected would make a top DJ, and by gads we've seen his list, and we were right. Mind you, he comes highly recommended, by our pals Scott, Josh and Andre, the writers of Happy Town (that happiest of jobs) who had written Life on Mars, and loved him. And we really dug that show, and his work on it. A really good leading man a harder job than it looks by the way. And now he is the solid beating heart of Terra Nova, and he is rightly garnering a huge following from that ... we watch it every week here at HQ. So here's one or two things Jason and the Prop have in common Ireland, time travel, and we both run from dinosaurs if needs be, with style and grace. But look, here he is, ready to play his stuff, we are delighted he's here, flown straight from NYC on Two Paddocks Virtual Airways (First Class - Close your eyes and you're there in no time at all), a marvelous actor, and a famously good fellow ... Ladies and Gentlemen ... Jason O'Mara!

Well now, this is what the Top 10 is all about -- if you didn't know Jason well before, you kind of do a bit now -- a brilliant set of songs, many of which you may not have considered before, but more than that an insight into a life -- growing up in Dublin, moving to the bigger smoke, being in love -- all that good stuff. It seems to me that music is particularly important to many actors because it marks the chapters in our weird random traveling lives, cheers us up in the dark passages, brings a fanfare to our small triumphs, such as they are. Everybody needs a soundtrack. Thanks Jason, please come back to the Dayglo any time -- and bring the Cinematic Orchestra with you -- what a find! And make sure you get here early, I'll tell you my U2 story, but it takes about a bloody half an hour ... Ladies and Gentlemen, a big Dayglo hand for ... Jason O'Mara !