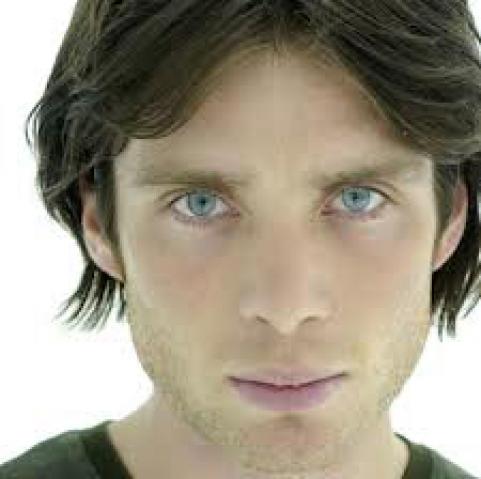 Ladies and Gentlemen! Welcome back to the Dayglo! Everything back in order, except for the retractable roof. Which won't actually retract, so some of you may see a little more of the weather than you might expect in an establishment of this calibre (half a star...Rolling Stone). So much for double glazing, eh?

Now I know we promised you some Performance Art tonight, but a bus strike saw to that. The burlesque dancers likewise are stuck somewhere south of Orpington. Feathers and all. Oh well, there's always Bob, as the Archangel Robert...

However! Tonight as DJ, by special arrangement with The Dail and the Islington Council, not only one of today's best actors as well as one of the hottest, but a man who knows his music. You know him best from 28 Days Later, Inception, The Dark Knight movies, The Wind that Shakes the Barley, Breakfast on Pluto, etc. But Cork knows him from the short lived band The Sons of Mr Greengenes - a band that could have been the next Pink Floyd. If only they'd ... been better. But you and Cork will never forget him after you see The Peaky Blinders this year, on BBC 2 and elsewhere.

Should you miss it - well, we know where you live.

So here he is -- upstanding please -- a Corkman, a gentleman, a fine actor, a lovely fellow by universal consensus, an excellent collaborator, a friend and a scholar -- help him on stage please ... and a big Dayglo hand for the one and only...MR CILLIAN MURPHY!

Thanks Cillian! Faultless, and an exemplum of good taste... A big hand again for tonight's Dayglo DJ...Mr Cillian Murphy!