How I eat: Sam Neill 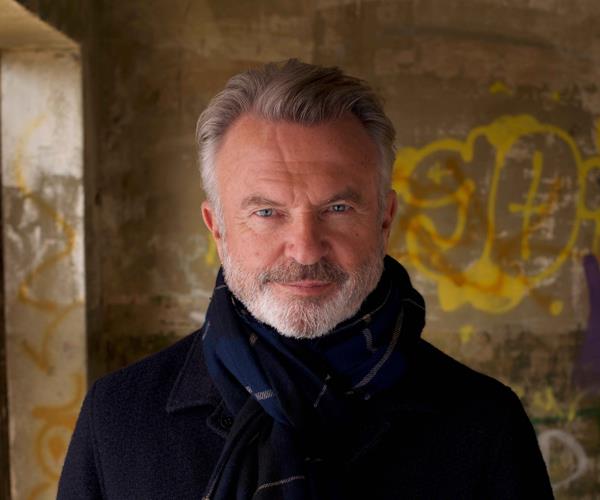 You spent your earliest years in Northern Ireland, before moving to New Zealand. What food do you recall having?
Northern Ireland wasn't exactly a gastronomic destination in those days. It was also a time of rations. I remember the day rationing ended and hurtling off to the sweet shop for as many Mars bars as we could afford (probably just the one). My mother, God bless her, was not much of a cook. The only real memory I have of eating anything at all was bread and dripping. Not bad, too, as I remember it. Is that possible?
You started acting in high school. What it was like being on stage for the first time?
I had a pretty bad stammer as a child. I also had (and still have) an older brother who was much brighter than me, and always arrived home with glowing reports. Mine were invariably dismal, but I found I could act a bit. And when on stage, I didn't stammer at all. I loved the sensation of being able to say words with clarity and conviction. And for a boy with little scholastic or sporting skills, a moment of attention – however small – was quite a thing.
You've played a wide range of characters: the Pope, the Antichrist, a cat burglar on The Simpsons. In September, you'll appear as Michelle Payne's father, Paddy, in Ride Like a Girl. Which role were you most thrilled to get?
I'm always excited to land a role, and every time it seems like an extraordinary fluke. Pretty much the next day, I invariably realise I have no idea how to play the part. Then I just gradually muddle a way forward as best I can. In that sense, it's very much like any other job.
And what role are your children most impressed by?
My children are uniformly unimpressed with my job, just as they are with my friends who might be in the movies. It's normal to them – it's just what people do. And that's as it should be. No big deal.
In 1993, you planted your first grapes for your Two Paddocks wine label in the Central Otago region. What was it like opening the first bottle of your own wine?
A revelation. I had no great ambitions initially. Something quaffable and fun to drink with my friends would have been fine. But this was better than that. And it started the whole crazy 25-year-saga of my life as a vigneron. I knew then that better was fine, but best was what I wanted.
You've named one of your vineyards, The Fusilier, in Bannockburn, after your dad. Did he pour you your first glass of wine?
My dad, who I still miss very much, was in the Royal Irish Fusiliers, and our fourth vineyard is named for him. In New Zealand, our family were in the wine and spirits business: Neill & Co, founded in 1861. Dad retired from the army and took over as manager of the family firm. Wine was very much part of the family fabric – plus the odd gin and tonic. I remember when Dad started to bring home table wine made in New Zealand. The early table reds were a tad coarse, but a start. How things have changed in the last 40 years or so.
Does pinot noir deserve its reputation as the "heartbreak grape"?
Yes, it can be the "heartbreak grape" – because you have to grow pinot noir in cool climates in the most marginal of regions, you are inevitably vulnerable to the depredations of nature. Frost is our great enemy. In a night, months of painstaking hands-on work can be destroyed by a five-degree freeze. But when you have a benign year – the immense satisfaction!
You and the crew got caught in a hurricane while filming Jurassic Park. Is that the most terrifying moment you've had on a job?
I've had a few close calls, mostly involving horses. (I still say yes to anything with a horse in it, however; that's the best fun imaginable.) And of course, Hurricane Iniki was the full deal. But I don't think we were ever actually scared, as such. I mean, Steven Spielberg was there with us as we sheltered in the function room of the hotel. Spielberg dying in a hurricane – it's unthinkable.
You've filmed in more than 60 countries. What have your most memorable meals been?
I started working abroad just as the world was waking up to good cooking. Some of my first jobs were in France, when French food was great. I don't recommend it any more. I think tourism has buggered it – and the brasseries that I once loved are lazy shadows of what they once were. When I lived in London in the early '80s, you were hard-pressed to find a decent meal. Now it's the city to eat in.
What's the food like on set?
The best on-set food is found in Australia. Fresh and inventive. My advice to producers: the very last thing to economise in your budget is food. A well-fed crew is a happy crew. You never ever want to work with an unhappy crew.
Your farm animals are named after friends of yours, such as Anjelica Huston, Taika Waititi and Meryl Streep. Why?
It means that no one will serve them for dinner. I mean, who could possibly want to eat Taika Waititi? He's a national treasure.